Gunner Isaiah Baldwin was born in New Bern, NC on October 22, 2008 to Cpl. Steven Baldwin and Ashley ______ Baldwin of Havelock, NC. He passed away in Greenville, NC on November 13, 2008. Gunner's life was very short, but he touched the hearts of so many people. His doctors and nurses were always in awe of his fighting spirit and his bravery in the face of adversity. Gunner's Daddy is a member of the United States Marine Corps, and everyone who loved him would agree that Gunner had the heart and soul of a Marine. He charged into every battle with all that he had to give, and when his final battle ended, he left us with the image of the Tiniest Marine, 2 lbs. of uncommon valor. He will live always in his Mother's heart, the strong, brave son that made her proud with each breath he fought to take.
Gunner's family and friends, scattered across the country from the Pacific to the Atlantic, and around the world, never got the chance to hold his hand, count his toes, or sing him to sleep. They followed his short life in myspace pictures, emails and text messages, always cheering him on through every struggle. Each day, people asked about him...he had friends and family in Kuwait and Kansas, California, Georgia, Honduras, New York, Arizona, Washington and more. In each life touched by his, he will be missed and remembered and mourned. His footprint on the Earth was so very small, his footprint on our hearts so huge.
Gunner was preceded in death by his Aunt, Heather Brandt, Great Grandfather Byron Bowers and Great-Great Grandparents Bill & L.A. Hamilton. He is survived by his parents, maternal Grandparents Troy Garten of Lake City, KS and Robin & Rick Garcia of Coolidge, AZ, paternal Grandparents Debbie & Scott Mathias of Statesboro, GA and Hank & Lila Brandt of Hinesville, GA. Hewill be sorely missedby four aunts, Caitlin and Layne Garten and Alysia Garcia of Coolidge, AZ and LaRae Brandt of Savannah, GA. He was also survived by Great-Grandparents Judy Bowers and Lonnie & Otilia Garten of Medicine Lodge, KS, Harry & Irene Brandt of Midway, GA and Great-Great-Grandmother Doris Garten of Cunningham, KS. His four step-cousins had plans for games and babysitting and will grieve his loss.
Semper Fi, Gunner! You will always be our hero...

i'm so sorryabout your loss mama.
I'll be keeping you & your family in my prayers

Rest in Peace little Gunner. We love you. Have fun playing in the clouds. 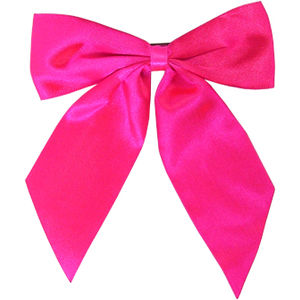 I think a lot of us are in shock as we have watched this unfold..

I honestly thought he had statistics beat...

So sorry for your loss, that made me cry

I'm so sorry hun!! This just breaks my heart!

I hope everyone takes the time to read about the tiniest Marine!!

This just breaks my heart.

that was absolutely beautiful...
rip gunner
momma you and your family are in my thoughts.

You have got to be kidding me. I just read your announcement a few days ago about how well he was doing. I am sooo sorry mama. May he RIP!!! And if you need to talk I am almost on 24/7.

I'm crying right now literally.I am so sorry for you loss and had no idea! God bless him.