so in my previous posts I told you guys that my bff is pregnant. Yeah she found out she was preg like a month after I found out I lost my son. He was stillborn at 26 weeks. It's been extremely hard for me to deal with this. The thing with her is that (1)she doesn't have a license to drive, (2)her parents don't know she's been dating this guy, (3)she still lives with her parents who are extremely strict, (4)she is still very dependent on others, and (5)she's very whiney/weak. So I took her to her first visit because of course I'm her closest friend. Now she's asking me to take her to her ultrasound.And then she tells me that when I pick her up, she wants to show me the pictures. I told her I don't want to see them and she's all like "why its your godbaby"...blah blah blah. I know its been a couple of months and to everyone it seems as if I have "got over" myson. But damn common sense would be to not "rub it in my face". I know she's not doing it intentionally, but she knows it hurts for me to even see a baby. I don't know what to say or do anymore. Its been weeks of her "my stomach hurts, did yours hurt too?", "my breasts hurt, they're sooo big", "i'm so sleepy and tired", "lookat my stomach, its so big", blah blah blah!! I'm trying to be a good friend and help her through this because she's clueless due to the fact that its her first pregnancy. But I'm hurting myself trying to help her, I'm all torn inside. Anyone else went through this or something similar? Any suggestions? I'm not trying to ask her to completely leave me out of her pregnancy, but to not be so much involved! These ppl don'tget the fact that I lost someone that meant the world to me, to them he never even existed!!:evil: its infuriating!!!!

Be truthful with her. Tell her when your ready to look at the u/s pics you will but right now ur hearts still healing so you need more time. If she doesn't understand that then she isn't a good friend to begin with.

you're just as entitled to feel upset as she is to feel ecstatic. This is one case where you have to get over it. Many people find out they're preggers everyday and conception will not stop so you can grieve. 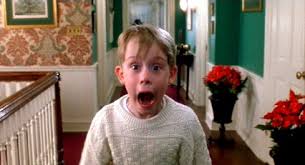 I'm so sorry about your terrible loss. I know its hard when people act like you are over it and you really are not. I think they act that way because they don't know what to say. And they don't want to keep bringing it up. As for your bff, it does sound like she's being insensitive. She probably just doesn't know how bad you are hurting. And she won't know until you tell her. It may be easier for you both to write her an email. Tell her how much you love her, blah blah, but that its hurts you too much to go to appts with her. And you need more time to mourn before you can totally 1oo% be there for her. You can still support her without it hurting you so much. If you don't tell her it will just get worse for you .
And I'm so sorry for your loss.