Home / Community / Parents with Kids / Did you get pregnant shortly after giving birth?
Reply i am just curious if any of you chose to or unexpectedly got pregnant shortly after having a baby. How is it having two kids close in age? I am just wondering because I just had my son a week ago. Him and my daughter are almost 7 years apart. I am actually considering not getting back on birth control this time. Medical officials are now advising at least 18 months between kids.

my advice is to wait personally

I got pregnant with my 3rd when my 2nd was 3 months old. He came a month early, so my youngest 2 are 11 months apart. I like their age gap, but would I do it again? No lol. The NICU stay with my youngest was awful. I had 2 babies that needed me, and I could only be in one place at once. We go through a LOT of nappies and wipes. We did cloth for a while but the up keep for 2 little ones, along with all their ordinary washing was just too much.
theyre 2 and 1 now, and both want to walk most places. When they both run in opposite directions I wonder what on earth I was thinking haha
its a lot of fun, but it's also a lot of hard work. I wouldn't do it purposely. I'm sure the feelings of wanting another one so soon are quite normal. Lots of people miss being pregnant as soon as they have a baby. Enjoy your baby. They're at the easy age, you'll probably change your mind in a few weeks lol That is really crazy! Let your body heal...

Plus, going from 2 to 3 kids was hell for me, and they weren't even that close in age...I couldn't imagine a closer gap. I wouldn't recommend it. My youngest is 10 months and i got pregnant again when he was 3 months old. Sadly i lost that pregnancy, and here i am pregnant again. Doctors recommend 18 months to allow your body heal.

We waited until our oldest was a year before TTC our 2nd. There's no way in hell I'd do it intentionally sooner than that.

Ds and dd are 6 years apart, it took us 4 years to get pregnant with dd. We wanted a third but we both thought it would take a while again. I'm pregnant, and freaking out about how difficult it will be to have a 2 1/2 year old and a new born. No way would I ever consider getting pregnant right away. If you don't want on birth control that's your choice, I didn't get on anything but we were using protection until dd was 18 months.

I did. I got pregnant when my second was about 3 months old. I had a horrible pregnancy, and I ended up in the hospital on bedrest at 25 weeks due to my water breaking. I delivered two weeks later at 27 weeks. She ended up being in the NICU for 9 weeks. My middle two children were born 9 months apart. I wouldn't do that again ever, LOL.

Quoting Mombie+2:
Ds and dd are 6 years apart, it took us 4 years to get pregnant with dd. We wanted a third but we both thought it would take a while again. I'm pregnant, and freaking out about how difficult it will be to have a 2 1/2 year old and a new born. No way would I ever consider getting pregnant right away. If you don't want on birth control that's your choice, I didn't get on anything but we were using protection until dd was 18 months.

DS was 19 months old when I got pregnant and now my kids are 2.5 years and almost 10 weeks. Not going to lie, it is a challenge because the toddler always wants my attention when the baby is crying and we went through a bad period of colic and that was AWFUL. It's also the BEST though because DS loves his sister SO MUCH but I have to be careful to watch him around her because he doesn't understand how fragile she is. I WOULD NOT intentionally have any more any closer in age. Just no. Lol

I got pregnant with my second when my daughter was only 5 months.  Luckily the pregnancy was fine and all was well.  But it was pretty hard having a 13 month old and a newborn.  They are now 5 & 6 and get along really well for the most part.  I would never get pregnant so soon after a pregnancy again though.  I don't have the energy for that lol. 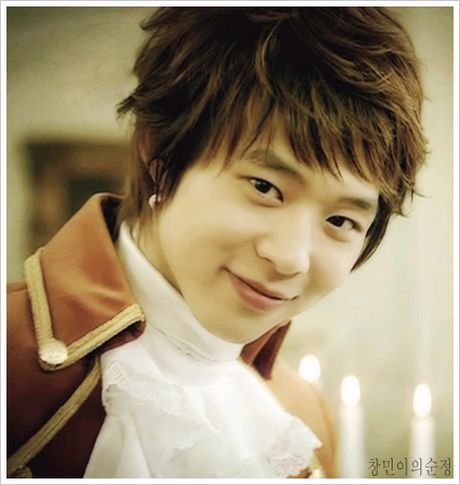 I intentionally starting TTC my second child when my first was three months old, BUT, there is a reason to that.

It took 15 months to conceive my daughter. We thought that something was sincerely wrong with my fertility (or possibly my husband's), so we were worried it would take another year+ to conceive again. Go figure it worked the first time!

We were honestly hoping that they would be two years apart instead of 12 months apart, but that's life!

I had a really rough delivery with my daughter (first child). My water broke, and labour never actually started, so I went to the hospital to be induced. They used one of those head monitors (the kind that pricks the skin), since her heart rate was constantly dropping. After a while, an alarm started beeping rapidly, and several more NICU specialists and doctors came, and they turned off the monitor so I wouldn't stress out. It turns out that her umbilical cord was tightly wrapped around her neck, and she had been anoxic throughout the delivery. Following that, I had third-degree tears, and fairly massive blood-loss. We almost both died. This lead to PTSD, and I couldn't bond with my daughter. I blamed her for everything, refused to breastfeed her, and had to go back to work at six weeks post-partum. I was scared to be left alone with her.

Now here's the crazy thing. My drive to do things right the next time around actually healed me. I wanted the chance for a proper delivery, proper bonding with my child, and the opportunity to be level-headed without intervention or fear.

I conceived my son, and the delivery was perfect. No tears. No induction. Very little bleeding. No pain medications. It was fast, beautiful, and invigorating. He was born 10 minutes after I arrived at the hospital. I was so elated after he was born, and I did everything right this time. I exclusively breastfed him for 15 months, and I would do it all over again.

As for raising two kids close together, it was actually pretty easy, and it was the best that I had felt in months, coming from the traumatic birth of my daughter. They are best friends now, and are about to turn 4 and 5 years old next month! I wouldn't change any of my decisions.

Not soon after birth but i got pregnant with my current pregnancy when my now youngest was 9 months old. This has been the worst pregnancy ive had: severe morning sickness, marginal placenta previa (which luckily moved away from my cervix enough for a vaginal delivery), high blood pressure, etc.

I honestly would wait at least a year before ttc.

my kids are just shy of 2 and a half years apart, anything smaller and I think I would spend my days crying.
let your baby be the baby, let your body heal.