HOW TO GET BANNED FROM BABY-GAGA Mara Due September 27 (girl); 2 kids; San Francisco, California 38965 posts
Sep 24th '07
okay teenagers and those who hang out in here:

i posted this in TDC a few months ago, but it seems we have had a rash of fackers all coming via TP .. and i've been banning like i've never banned before. honestly, i'm getting sick of it and hope those of you who're mature enough, will avoid this nasty trend of creating fake identities (for whatever idiotic reasons) so baby-gaga can go back to being a normal drama-filled but fun place instead of an idiotic facker drama-filled forum.

thanks to those of you who are real and contribute meaningfully, you're an example to the rest of the crazies out there!

we are not going to ban someone for being a bitchy, crass, mean, or even stupid-- but we will not allow fake identities to survive... this is a site for REAL PEOPLE with real pregnancies, real kids, real problems, real questions, and real advice.

from this posting on: the site admin reserves the right to ban ANYONE without warning or explanation who has multiple identities coming from the same IP address.

And see here I was thinking that fackers was an accidentally on purpose misspelling of fuckers. Because IMHO, the faKers that come here are fUckers as well.

hahahahhaha I just saw this &I can't stop laughing at the first (well, second) reply.
Amazing.

RavenBethany wrote: And see here I was thinking that fackers was an accidentally on purpose misspelling of fuckers. Because IMHO, the faKers that come here are fUckers as well. ;)

I thought that for the longest time, too....:lol: Fakers, fuckers, FACKERS, same differance!

Talk about missing the obvisous trying so hard to correct someone where they did make sense but dont worry if you really wanna correct someones typo then u should have started with where she said ("we am not")  but then agian it could have been a typo "u gt wht 1m sayin":D

i really just thought she was saying fuckers but didnt wanna be a potty mouth hahaha thats funny! wow was i wrong and wow at the responses one mis-spelled word got!!! crazy!

i'm with alot of other people on here, i thought she was saying fuckers! haha:lol:

i think facker is supposed to mean faker and hacker at the same time right>???? maybe not. that would just be cool if i was right.

You ladies are funny! Good luck on getting rid of the fackers...lol Anyway, this is a great place for those of us that use it to our advantage with real questions and problems, thank you!

Ithink the funiest part about ALL of this, is thatthe word "fackers" distracted everybody from the point of the original message. Good job ADD people. lol

just kidding that one stumped me too. 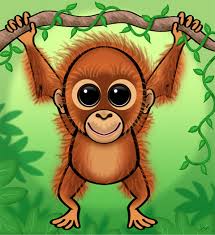 WOW!!! TOO FUNNY! THIS HAS TO BE THE LONGEST THREAD ABOUT NOTHING! LOL ITS GREAT! EVEN IF IT WAS JUST A SMALL MISTAKE, NEVER ADMIT IT! LOL :P

wow people are so mature....

my sister also complained about this problem I hope people listen.